Sent One by God!

And God hath set some in the church, first apostles, secondarily prophets, thirdly teachers, after that miracles, then gifts of healings, helps, governments, diversities of tongues.

Bio
of
Our Senior Pastor

Kenneth Donnell Vaughn grew up in Wayne County and married his high school sweet heart Edna Grantham Vaughn and they have been together for 35 plus years. They are bless parents of a son and daughter and three grandchildren.

Apostle Kenneth D. Vaughn received the Holy Spirit and became a born again believer, on August 13,1983. He was singing in the choir unsaved, but under conviction of the Spirit, and while returning from leading a song at a church in Washington DC. God floored Him! And revealed himself to Apostle at the age of 27 years old. From that night He was never the same. Declaring to everyone he saw, I AM SAVED!

He immediately began to serve the Lord as president of the choir, trustee/ treasurer at Elm Grove Church in Pikeville NC where he accepted the call  in ministry 1989 and preached his initial word from the Lord entitled: "You Don't Have to Go to Hell" at Elm Grove Church in Pikeville, North Carolina in June 1989 under the leadership of the late Bishop Linwood L. Stevenson

Apostle Vaughn attended the Goldsboro Raleigh Disciples Institute, School of Religious Education
in fall of 1989 and was ordained an Elder in the fall of 1991. Immediately after graduation, He was called to Pastor, in February 1992 in Arapahoe NC where he was blessed to have been spiritually inspired and trained  by the Holy Ghost while serving on the backside of the mountain for seven (7) years at New Beginning Ministries Church of Christ “Disciples of Christ” Arapahoe, North Carolina.

When his assignment was over in February 1999 he was called back home, where he serves as the Senior Pastor "Elm Grove Church of Christ DOC.
"Now "The Throne Room CHURCH" at Elm Grove Ministries”

Apostle Vaughn legacy (Gift of God) is to impart the revelation given to him by the life, dead and resurrection, through (The Gift) of Jesus Christ (Holy Spirit). Apostle has declared many times, that Jesus is my example. I study His Life and follow his pattern, and found no one to be like him. Jesus has already make it, finished it and was victorious in all he was sent to do.

Apostle's legacy to the Body Of Christ and the world is to lead by example as JESUS did.

* Holy Lifestyle
* Spirit Filled
* Word Empowered
* Above all with God's Love manifesting it all!

Pastor Vaughn is currently the 9th senior pastorate of this congregation, founded in 1889.

As Senior Pastor (Apostle), sees the whole community as his congregation.

Apostle Vaughn has focused his call into ministry to feeding members of the community who may have to choose between meals or other necessities, Food pantry, distributing food to thousands, along with clothing giveaway. Strong Outreach for souls.  Apostle for a season establish a residence for men with substance abuse situation,  and facilitating reentry into society from prison through the God’s Ways House project, and also partnership with the Ester Refuge House for Women

Apostle Vaughn is the Founder and Board President of An Open Door Community Development Corporation, currently (Golden Gate Pallivion Community Development Corporation) to improve the quality of life in communities. And purchase land across the street from the church. This entity is developing 19.9 acres as part of a mix-use development to include a cemetery, six acres now open for business. A Multi Complex Community Center for events, youth activities etc. Multi Center for elderly care coming.

Also visionary of Life in the Word School of Theology, where he continued his education over period of 5 years which was a extension of Beacon University Georgia  (Christian Life Educators Network).

Apostle Vaughn has been in college for over 9 years and has received his Doctoral of Theology and graduated in September 2015 through BFGC. Apostle will be releasing his first Book in 2016.

In  October 2010, Elm Grove Church Ministries began a new era in the Body of Christ with an apostolic mandate, implementing the orders of the Five/fold Ministry Gifts, for Building and Advancing The Kingdom Of God.

Apostle Vaughn accepted the highest call "responsibility" in the Kingdom of God,  the office of Apostle and was Commission as an Apostle in July 2011, under his Spiritually Father and covering, Apostle Zebedee Sheppard Victory and Dominion World Outreach, Snow Hill NC.

Apostle Vaughn is the Overseer of “Christ's Church World Outreach Incorporated”
to increase the capacity and foundation of various Ministries, Establishing, Fathering and Covering Churches Worldwide in the Kingdom of God.

Apostle has traveled to various cities in the USA.
Apostle is currently building an army to equip the Body of Christ and the World.

Through it all, Apostle Vaughn has sought to strengthen the passion of Mankind for God through, Emphasizing a Holy Lifestyle which presents the Character of God, Promoting Expressive Worship and Praise that Creates an Atmosphere of Transformation, Continual Deliverance, and Freedom to the Body, Spirit and Soul. Spirit Filled Life! In a Place He Calls "The Throne Room of God".

Apostle Vaughn compassion for God and The Body of Christ is declared in the Word of God by the Great Apostle Paul.

12 I beseech you therefore, brethren, by the mercies of God, that ye present your bodies a living sacrifice, holy, acceptable unto God, which is your reasonable service.

2 And be not conformed to this world: but be ye transformed by the renewing of your mind, that ye may prove what is that good, and acceptable, and perfect, will of God. Amen! 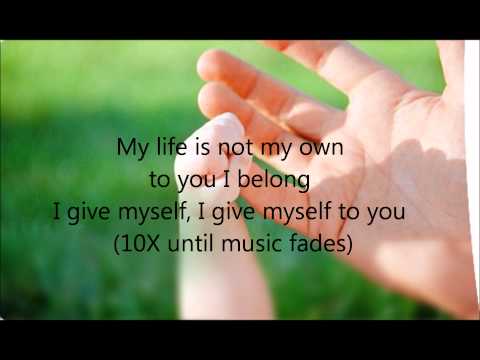 I belong to you with lyrics - William McDowell (live)
From the 'Arise' Album.